Positive response for I Love Ruby

What do you call a person who projects +ves of his work and hies the -ve ones?

You can get this book over here http://goo.gl/FW6slH

Posted by Karthikeyan A K on December 9, 2013 in Free Software, I Love Ruby, Ruby

Added something about Metaprogramming in I Love Ruby 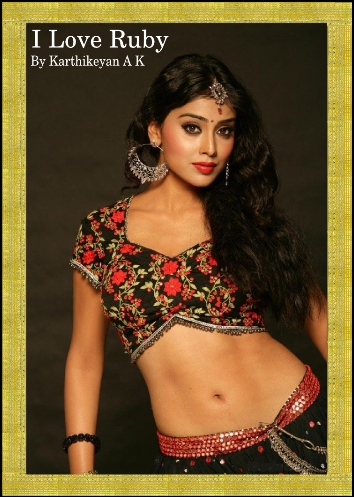 Added something about meta programming in I Love Ruby. The book is available for download in this link http://goo.gl/FW6slH

Today something happened about this book. There is a rails guy in my office, he called me to his place and said I know a Ruby book written by local guys and it LOOKS …..

He opened it and it was my book he was taking about. But by some means in all these years he had missed I had written it. He showed the picture of Kannan Dos and said, look he is our local guy. I told him to scroll a little up by a page and there he saw my picture and was surprised and shocked. I am happy that he is recommending this book to all people who are beginning to learn Ruby. I’m honored.

He was travelling in my car at the end of the day. He complained about the cover and how this book will blast if the covers are changed. Well I like that shriya and anushka pictures. To my eyes they are beautiful. The source of book is given in the book. Any one can download it, change the covers and redistribute it as this book is written under GFDL license.

Posted by Karthikeyan A K on December 6, 2013 in Free Software, I Love Ruby, Ruby Since is.gd regarded I Love Ruby as a spam, I have created a short url using http://goo.gl . You can download the book here http://goo.gl/FW6slH

Posted by Karthikeyan A K on November 6, 2013 in Free Software, I Love Ruby, Ruby

Was surprised to find out that that is.gd url for my book I Love Ruby has been deactivated (visit http://is.gd/ruby_buk ). Don’t know really why. Any way you can download the book from https://dl.dropboxusercontent.com/s/ofv8niemukazruy/ilr2014.pdf?token_hash=AAEBMJ6cJewRQcDybW4kCB6NCWuY5qVtNIR6btkax9gBhg&amp;dl=1

It also looks like someone wants to crash my on-line assets as WordPress log show that yesterday in a span of 2 hours my blog has upto 300 visitors, out of it was just 28 of them unique. Some one seems to be angry with me for something and wants to attack me.

Any way I have backed up data so that if things crash, I can rise up from ashes. so lets see! 🙂 Just got the logs and tracing who had done it. Any wordpress employee out there to throw light on this issue?

Posted by Karthikeyan A K on November 6, 2013 in Free Software, I Love Ruby, Personal, Ruby

So, I just added loop to Loops section and released my Ruby programming book I Love Ruby yesterday about 5:00 PM Indian Time. You can get it on http://is.gd/ruby_buk . I set the is.gd url shortening service to track it. And the result is this http://is.gd/stats.php?url=ruby_buk , around 300 hits the first day. It baffled me.

Thank you people. Hope you benefit out it. I also thank The Pirate Bay. Without its Ebook section I would have never learned top class Ruby and never been inspired to share my work with the world. This book is absolutely free. Even its source is available. So share it with your friends, modify it, redistribute it.

I Know many people in India, and those who haven’t seen a movie or a supermodel or a girl ever in their life have complained about the covers. All I can say to them is this: Stay young.

If I have time (the universe is too chaotic to predict anything), I might add meta-programming chapter. Or meta-programming might be woven then and there in the book. Please write the comments about the book to my email mindaslab@gmail.com or join its facebook group https://www.facebook.com/pages/I-love-ruby/172269549451705

Windows 8 is irritating for developers

Okay whats gone is gone, I am quiet tired of trying to convince people about the goodness of linux and have given up. Well it sometimes feel great to be a Galileo among Catholics, an Socrates among Athenians. Then I started to work with Windows 8. I am a guy who likes to hit ode, to satisfy my curiosity. To be frank, humans have bored me, but computers and electronics haven’t. So I set out to program in Windows 8 and I ran into following stuff.

My job requires me to have a taste of Moodle. Well, Moodle must work on XAMP, but as it gets installed on a hardware that has 8 core processor and 8 GB RAM which is really decent, it runs into an error, or just gets stuck. In home I have a linux mint desktop with 2GB RAM and I am able to install moodle onto it!

I just can’t get it. When I put in forums that I can’t install Moodle on Win 8, one of my friends remarked ‘who wants moodle installed on windows’. Well he is right 😦 . Good grief.

Ruby on Rails won’t work all well on Win 8

I got Ruby on Rails running on Win 8, thanks to Rails Installer project, but when it comes to installing gems like therubyracer, even with the devkit on there are some errors thrown out. Looks like I have to compile everything from Ruby from source to get things working. Well, cool! Who has time for that?

And when  ever I seek forums for help, people answer thinking I use Linux or Mac, none respects Windows now. Well, why should they respect a dying evil thing?

Pain to get Netbeans running

I got Netbeans running on jre7, then I had to install Java to test out selenium, then the pain started, though I  installed JDK, unlike linux that won’t be recognized. I have to find a file called netbeans.conf, change its permissions, edit jdk path and blah blah. Plus the security settings that winows provides is crap, it isn’t as powerful and simple as linux. Boy! I wasted an hour for that.

I could go on and on like this, but let me cut short it here. If you want to build a career on development, don’t ever buy a Windows PC. Buy one with Linux, that’s where all the fun is.

Planning for releasing I Love Ruby this June. It will have a new chapter dedicated to Struct and OpenStruct. Then there will be a exercise section, possibly somewhere in last where I will be giving some problems that Ruby programmers could practice. Don’t expect it to be easy.

Apart from that I will upgrade my knowledge of Meta Programming, to possibly put it in 2014 release of the book.

You can download the current book at http://is.gd/ilr2013 . Well what else, happy Rubying!

Posted by Karthikeyan A K on April 29, 2013 in Free Software, I Love Ruby, Ruby, Ruby On Rails, Uncategorized