The Villa is quiet good

Just watched this movie a kind of ghost thriller ‘The Villa’ made by the guys who did this movie Pizza and its quiet good, not bad indeed.

Its a story of a writer who deals with a house he inherited from his dad, apparently this house was built by a black magician and this house is able to induce messages from future into the brains of people who live there and how these message become true even if people try to stop it.

The movie starts quiet good, the middle of the movie seems boring just like normal love story, but at the end the stuff start and we know why thing were the way they were, and stuff takes a superb turn.

These Tamil movie makers must learn about science a bit. Though this movie builds on blind faith, I can’t accept the fact that water exposed to sunlight for a long time is called deuterium. It just threw me off, I paused and laughed for about 5 minutes. Well if you know some one associated with the movie pass them this link http://en.wikipedia.org/wiki/Deuterium

Was watching Raja Rani last Sunday, well, its just this Mouna Ragam by Maniratnam has been mutated. The role of Mohan and Revathi in Raja Rani is played by Arya and Nayantara. In Mouna Ragam the married coupled get joined at last in Railway station, over here in Airport (good improvement). In another version that might come in another 15 years, the couple will be united in a spaceport! In Mouna Ragam, Mohan falls sick and love develops, here Nayantara falls sick and love develops.

In Mouna Ragam, only Revathi has a flash back love story. In Raja Rani, both Arya and Nayantara have a flash back stories. And here at the last scene, Nayantara will discover that her first lover Jai who plays some what Karthik (of Mouna…) reappears. He fakes his death so that Nayantara forgets him!!! At-least the director of this movie can do some thing different. Who knows this piece too might be lifted from some other movie (I won’t be surprised if that happens).

Overall the film is just a time pass and you could watch it if you have nothing good to do. I Liked Mariyaan more than this one, because the story seemed more original than a blatant copy of something.

This film has a bit humor built into it which makes it non boring. Usually Santhanam’s humor is highly vulgar, but here its not so. Thanks for that. And ya, there is no Shakeela in this movie, thats surprising. In Mouna Ragam there is no Silk Smitha either!!!

Posted by Karthikeyan A K on October 7, 2013 in Movie, Tamil

Just look at the Tamil Kamal speaks. Would make any Tamilian envy him. Great!!!

Posted by Karthikeyan A K on February 5, 2013 in Education, Movie, Philosophy, Politics

Just yesterday my friend Prem Chander was talking about a music director named Vijay Antony and how he shamelessly copies track from western music and says that its his own idea. Today I was in my room and I heard this famous song from Mayabazar (a Tamil movie). I rushed down to see it because this song would be funny. Just listen to this song. This movie came about in the late 1950’s

Now when I reached down stairs I to my horror found that the song that was running was not Mayabar but one called ‘The Laughing Policeman‘.

I was shocked! Can’t believe that the music directors then copied song. This song is celebrated one in Tamilnadu and its music directors would have been credited. Why on earth they fail to admit that their tunes are copied. Tamil music industry kinda sucks.

All we listeners want is truth. if you stand on the shoulders of giants, credit them. Don’t project yourself as one! So so so so so cheap.

Posted by Karthikeyan A K on October 2, 2012 in Movie, Tamil

Subject: Don’t even buy Sakuni on pirated DVD. It sucks.

I was working in a company called Trend Electric in Adyar, when one of my dear friends Sakthi Lingam dragged to a movie in Ganapathyram theater. He knows I don’t appreciate movie’s that much. All movies in Tamil follow the same trend, there will be a hero, there will be a heroine and they will join together at last, possibly after a villain being killed or a sour love turning sweet. In that course of three hours there will be four fights were the hero will smash somewhere between 50 to 200 bad guys and 4 songs which will mostly be crap.

I have learned to hate Tamil movies for their monotonic tone, and I expected the same in Ganapathyram and guess what? The movie was electrifying. Set in the backdrop of rural Tamilnadu, it was a tale about a boy and his uncle who are a small time thief in a village. Their ambition is to cross the small village jails and some how get arrested in a big crime so that they can see Chennai’s central jail. Weather that ambition is achieved or not, if yes how and if not how not is the story. The movie name was Paruthiveeran. 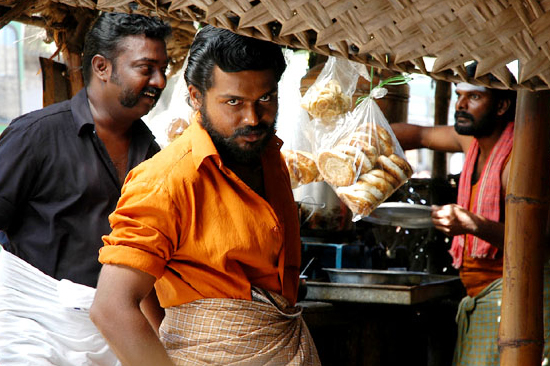 Paruthiveeran debuted actor Karthik who is the son of legendary actor Sivakumar who did quality role in movies. Karthik truly outperformed his dad and almost any other actor ever known. The movie had excellent story and it was excellent in all facets. It was the trend setter in movies and after that the industry gained confident that you don’t need to invest a lot to produce a quality movie. Many movies that followed it used the same trend, had excellent and believable story, low budget and good screen play and direction. Most of them were successful.

What struck me most was potential of Karthik who could become a rising star in industry. But after seeing Sakuni all my hopes were shattered. There is nothing in this movie. This movie is exactly like Siruthai. Atleast in Siruthai you had Thamana who would dance then and there cooling your tension, in Sakuni not that too 😦 . 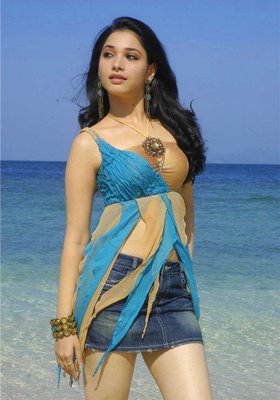 I am quiet sure that the Stupid Siruthai team was in Sakuni too. Some parts that had Santhanam’s dialogs did OK, but the rest of the movie was quiet crap. Too much unimaginable crap.

Its not good to watch a good actor being wasted in one movie after another. Karthk’s acting did good even in this movie too, that too where he asks his athai not to speak or think ill of him (the scene in airport terminal). Good acting but in a really really bad movie (like Brain Lara in fit for nothing West Indian team). Bad screenplay, bad editing, and heck…. What to say.

A guy like me watching on laptop skipping songs and stupid scenes got fed up, I really pity those who watch this movie on theater. They pay so much and would come out with nothing. If you are a aspiring politician, you must see this movie, and, and if you don’t commit suicide, you are a great human.

At fist view the film 180 looked like a love story, then on further looking it looked like a triangular love story. One can’t deny its not, but on watching further it just rocked.

The director has kept its suspense really well, he has put an pearl inside an oyster, placed it in shell and placed the shell deep under water. The film just relives its suspense at the right moments and shows why the lead actor Siddarth changes his name from Ajay to Mano and then lives under some other name in Brazil. Is he a terrorist? Or what else is his motive?

After seeing movies like ‘The Kings Speech’, ‘The Ghost Writer’, I have often wondered why not Tamil movie makers come up with such excellent piece which are very possible in Tamil. The creator of 180 must be really a superior mind, no doubt about it.

The film has no vulgarity, which is a rarity in Tamil movies now and the story does not seem to slow down too much. However I think some songs could have been avoided that would have saved time and cost. The last song Continua by Eliable D Freitas is excellent beyond any dream. His voice is excellent, the music is great and blends excellent with movie. However I don’t understand what he sings. If I watch the movie for many times, its for his voice.

Hats off to Siddarth for selecting such a movie! I hope to see more Tamil movies from him. Fed up with too many commercially successful nonsense films.

Posted by Karthikeyan A K on August 7, 2011 in Movie, Philosophy

The Ghost Writer – Wow! what a movie

Title: The Ghost Writer – Wow! what a movie

Wow! wow wow…. I would keep saying it for infinite times. Frankly I haven’t seen a  great movie like ‘The Ghost Writer’. WOW, please do watch it. Its simply “the best movie I have seen”. I have watched this film ‘The Good, The bad, The Ugly’ and had thought nothing could beat the thrill. I was stunned for nearly 15 minutes after watching this movie, my stunt was interrupted by my uncle who asked “what are you thinking about?”,  I had no answer for it.

I don’t want to let any more out. How could any one write such a story, who ever it is hats off. Pray you people watch it.

Posted by Karthikeyan A K on August 7, 2010 in Movie, Uncategorized