Why its that no company refer their alumnus employees to the person who are seeking job? All companies want to know almost everything about the people who are applying for job. In fact they carry background checks. But once you are in, you experience politics, this and that which spoils your work and mind.

This 2013 was really turbulent for me. A deal with two companies turned sour. I found internal stuff to be unbearable and all were hidden between some bureaucratic stuff and stupid certification. One company even told developers to fill in time sheets! They could not differentiate between mechanical content development, their main business and coding.

I have learned one thing. If you seek contract or job from any company don’t believe the company. The company may show growth, optimistic forecast, a great technical team. But remember all are shrouded in a cloak you can’t see. If you get in expecting a decent work place you will be fooled.

To know about a company, goto  facebook or linked in, seek the company employees, better people who had worked there, message them and know about it. Ask the H.R why particular employee went out even though the company claims to be THE HEAVEN for work. With the H.R’s statement, cross reference with the employees weather the H.R did a diplomatic talk or a true stuff.

And one thing, don’t walk into a place expecting big buck raise. Salary is one thing, if you are talented you will be hired, so don’t worry about it, look for a good work place. Unfortunately no company has a open policy to let their employees to talk about the internal stuff in the external world. Employees had to quit to do so. That sucks, that ain’t democracy, that ain’t freedom.

Letting out secret is one thing, but criticizing about work culture in public domain must be allowed and bosses should be able to take on negative tweets against them in a sportive manner. Wonder when the people having power and money will change? Will they or there must brew a revolution?

I just left the train at Tambaram railway station and went to its East end, it was at night and my God. Just after I had stepped off the bridge, the place was gloom dark and I could not see people who were walking before and against me clearly. The place is bloody badly lit.

In the morning I was there to board a train and hence the place was registered in my mind. I know a place where it steps down, so I proceeded with caution, just a second after I cleared that place I heard a sound “oops” from some one who had almost fell down. There are short poles placed in close proximity at its entrance to prevent vehicle entry. These poles do not have smooth ends, they are three feet tall and made of iron, and in it I saw one banging his knee at night.  That guy was a old man and he had to tend his aching leg to proceed further.

I wonder what the heck is going on? Just because people in railways , possibly the ministers and blah blah want to have a big house, go to trips abroad, have kilograms of gold even on the concubines and make sure that their successive generations must live in material filled rich world, they are ignoring the masses. Making some one stumble down a step, injuring an old mans knee.

This is just the one place I saw. Who knows in which railway stations what stupid things happen because of stupid politicians and administrators who are disconnected from people. I wish they die with extreme pain. Their children one day become beggars and compete with stray dogs for food in the dustbin.

Posted by Karthikeyan A K on September 21, 2013 in Personal, Politics

Though China’s growth is impressive, the corruption among its Communist party is too much. Since its not democratic, the people really don’t know whats happening. China is fast becoming like India in corruption and is far worst than India in promoting freedom of expression and openness. This is truly hampering the progress of a good nation.

Industries in China pop up ignoring the destruction caused to environment. People who work there are treated like robots and slave and their human value is ignored. China is one of the worst policed states on this planet, administration deploys spies and harasses people who cry out for freedom.

China had a cultural revolution, though many mistakes were made in it, it achieved its goal of overthrowing a monarchy, but just like India, which achieve freedom (from the English savages who killed innocent people here,) — there by shifting corruption from the white to dark skinned people, in China corruption has shifted from monarchy’s families to Communist Red Families. Thats it.

Chinese have always outperformed India and many Asian countries, they are intelligent, and have potential. Possibly if Chinese transfer to democracy, or better to dynamic democracy, then the meaningless territorial ambitions and human rights abuses that have put China in a shameful position will reverse and make it truly respectable nation.

My wishes to freedom seekers across the border.

Only a open mind can survive an open world

Bradley Manning is in prison, Assange is in a prison, but Briton does not t say that it has restricted him. The world is certainly becoming more open, uncensored and brave, yet there are heck a lot of people who does not want it to be that way and they are doing all they can to clampdown on free people, but unfortunately for them that simply won’t work. Now none believes that western nations are a free society, India is a true democracy where bribes are illegal and blah blah….

People must decide for them self where they want to put them self, a open world where you are free enough to ignore stuff (if you wish so) and prove you case your own way ,or a walled garden where people who love censoring and want to hear things they want to hear and be stagnant. This applies to leaders, corporates, countries, families and individuals.

The problem is most people don’t see and acknowledge something coming, but thankfully non stupids are winning over the close minded stupids, and that’s great. Soon there will be a world only open and free minds can survive well and thrive, but it does not mean the old school people will vanish like a turning off a light bulb.

Posted by Karthikeyan A K on August 23, 2013 in Electronic Freedom, Philosophy, Politics

Rajnath must work to remove Sanskrit from Tamilian Temples

I kinda agree with Rajnath Singh (BJP leader) when he said English is a non-sense and it has ruined Sanskrit, an language spoken in ancient India. Yes Sanskrit is an Indian identity (or is it) and we have lost it. But Mr,. Rajnath why don’t you give out a statement that in temples across Tamilnadu where the mantram is told in Sanskrit, it must be replaced by Tamil (the language of the Tamils). in which way English is superior to Sanskrit and in which way Sanskrit is superior to Tamil?

This bloody Sanskrit guys and people who speak for it simply ignore the damages that bloody language has done to beautiful Tamil. Hindi which is an ugly language derived from Sanskrit is our national language just because most people speak it. Then if India goes by numbers crow but not the peacock should be national bird, rats not tiger should be our national animal.

Our Tamilian demands are simple. Our language which has the origins since Indus valley is the oldest language spoken in the Indus valley civilization and was here far ahead of Sanskrit. So Tamil is the true national language of India. Then why don;’t Tamil people get access to their God in their own language? Is it not a sin by Sanskrit people? Why should such a language and people who love it survive?

So Mr. Rajnath, you know which is the true national identity of India. So what you want? Vote bank politics so that you get the vote of Sanskrit and its derived language Hindi voters? Or truth politics where you can fight for Tamil and possibly loose your battle? Decide for yourself.

Posted by Karthikeyan A K on July 20, 2013 in Personal, Philosophy, Politics, Tamil

The Divde and Conquer Technique

One of the most effective techniques devised!

Posted by Karthikeyan A K on July 17, 2013 in Politics, Uncategorized 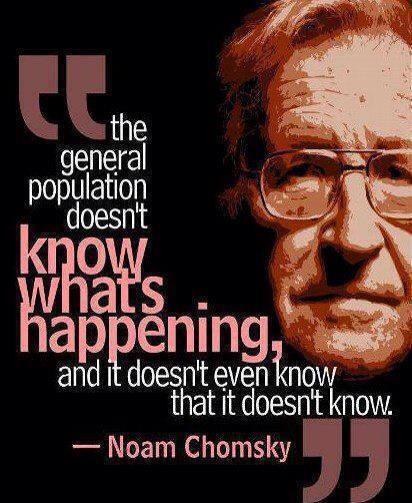 Posted by Karthikeyan A K on July 14, 2013 in Electronic Freedom, Politics